C8 owner and wife just going for a short trip and just getting gas (here in the USA it is E10 or E15 which attracts water) will cost from $2K to 3K plus on brand new C8
From Owner :
Never buy high octane at an out-of-the-way gas station as you can be sure they do not sell a lot of it and sits way too long

Think I got fuel with water mixed in; fuel system shot. Any experience with this for anyone? Will gas station pay?

Wife and I departed the house at approximately 10:30 in the morning in 21 C8 Corvette, intending to drive to the coast for lunch and sailing.
Gas tank had about 1/4 tank remaining, so intended to refill gas at shell station in Hartford, AL since this was on the way.

On reaching the intersection of 84 and 123 noted a rollover accident, stopped to assist since we are both physicians, once the scene was attended by EMS and the patient appeared stable we proceeded toward Hartford.

Up to this point, the engine was running smoothly with full acceleration, proper shifting intervals and no stalling; additionally, no abnormalities were noted on the fuel gauge.

After departing Hartford and heading towards Esto FL, we noticed that the engine was running less smoothly than normal and the fuel tank - though should have been full - was exhibiting only a three-quarter tank and the quantity of fuel indicated on the dash was rapidly declining; DCT shifting was hesitant and acceleration RPMs increased in stuttering fashion.

The vehicle stalled once during the drive back to the dealership and on restart I noted the fuel indicator showing full and then suddenly dropping to empty and then back to full repeatedly. Diagnostic at dealership confirm engine running "lean" but they were unsure of cause.

Left the car at dealership for continued workup and returned home that afternoon.

October 15 2021,
Testing performed over prior 48 hours confirmed fuel contamination with test sample showing about 1/4 water with some debris.

Collected sample on the afternoon of 15 Oct; remediation would require replacement of fuel pumps and sensors, as well as complete fuel system disassembly and cleaning.
Subsequent reinstallation and then running a few gallons of clean 93 octane through the system would also be required before the car can be used again.

Parts and labor will take about 2 to 3 weeks to complete, estimated costs in the $2-3k range according to manager.

Warranty would not cover this and dealer is hosing this guy

Also, on 15 Oct contacted by phone at 14:29 Scooter Store to inform them of the test results and asked to speak with owner.
Female manager claimed owner not available until the next day at 0700 and that it was impossible for the contaminated fuel to have come from their pumps because they are inspected.

Also I should bring this up with "Shell, since it is their gas."

I wanted to give them a chance to make good on their faulty and dangerous product and also take that source offline to prevent any further vehicles being damaged there.
Her insistence that it was not from their pump encouraged me to contact the Weights & Measures Office of Alabama to request testing be performed at the Hartford Shell facility.

October 16, 2021
Called gas station this morning at 0855 and spoke with a person identified himself as Kevin Patel.
He states that no other customers have had a problem and that I should put in claim through my auto insurance.

He did not seem to have any interest in resolving the issue, seeing the fuel sample, or even taking my name or contact details.

Guess a lesson learned may be "don't buy 93 octane in a small village gas station where the credit card reader doesn't work."
They don't get enough sales in that flavor and evidence poor upkeep.
And I have to give kudos to the state official I contacted, she was awesome taking all the information, emailing request form to me on the spot and making the day overall a better one.
Poor woman was out driving when I called her, asked me to hold while she pulled over and activated her mobile office (laptop)

It would be very interesting to understand why the GM dealership needed to replace fuel system components like fuel pumps etc. Reading the report noting that perhaps a 1/4 of the fuel was water one can certainly see why the engine and its systems had running issues but why would components need replacing? One can understand perhaps with a late model diesel trying to run with petrol and the lack of lubricity with petrol damaging the high pressure pumps but simple (albeit major) water contamination???
Here in UK we have had reports historically of water contamination in petrol at supermarket filling stations where presumable the stations maintenance regimes haven't been adhered to. Here in UK so many (if not all) filling stations are franchises and not owned by the fuel company.....and, yes we have seen initial denials from isolated complaints about water contamination. Perhaps the C8 couple need to research social media and see if others have been affected in the same area?

Dealer sees an old couple and the greed comes out.
Clear when they tell owner to make a claim with their car insurance
Wonder what the C8 owner deductible is before the insurance company then pays out ?

Being a 2021 C8 doubt many miles on it
Few weeks back where this happened is state of Alabama which had bad rainstorms and lots of high-level flooding, so I
would be water got into that gas stations underground tanks

Consider the ass end has to come out to get to the 2 fuel tanks and pumps, who wants a new car not knowing what
was done correctly, torqued all down correctly and assured nothing was missed
This should be fully draining the fuel system, replacing any fuel filters and running GM fuel system cleaner through system
and then test-driving and making sure the fuel trims and O2s sensors are OK

I have seen lots of damage due to Ethanol, during a short time several of my local Corvette owners with lots of mods and running supercharges or turbos contacting me that their Corvettes were running awful

I tested each one and found engines were running way too lean causing multi misfires and engine knock
I tested the gas to find it had E20 and water in that :-(

Same crap, as gas station claimed not their fault, but I contacted the state and sent them the proof and in the end the state
shut that station down, for good, but not before lots of engines damaged

Wow,
the state worked really fast once C8 owner contacted them and state went and tested that gas station and reamed the station owners ass out

One for the little guy !

Now C8 owner has to file with his car insurance company, but that dealer is screwing him over for damage costs
Being Shell is Dutch owned I never buy their gas for any reason

I keep telling you all to learn how to test the gas in your tank, it is easy to do and only takes a few minutes 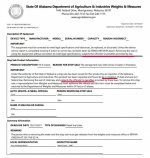 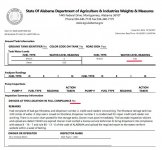 Imagine if this happens again on their next trip...

That is amazing that it has been dealt with so quickly. So glad the C8 owner was proved correct.

CaptainK said:
That is amazing that it has been dealt with so quickly. So glad the C8 owner was proved correct.
Click to expand...