I bought the car with engine needing attention, so compression tested the cylinders, which were all vastly different , then removed the heads and valves and sent them to an engineering company to have the valve seats recut and the valves ground in.
The problem was the first two companies I approached wanted to know what the heads were off because they hadn't delt with such large valves before and didn't have a valve seat cutter big enough.
On a recommendation i took them to Walthams in Bognor Regis who were able to complete the job.
One exhaust valve was so pitted I had to source a new one.
I collected a new top end gasket set from EJ motors in Streatham then put it all back together.
Phew it ran like a watch, (lots of ticking) no seriously I was very pleased with the result, smooth and powerful and a pleasure to drive : Incidentaly the car was bought new in America by the Helena Rubinstein cosmetic company in New York who used it as a promotional vehicle. 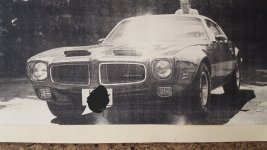 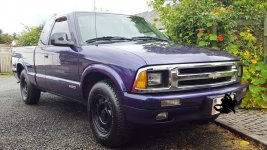